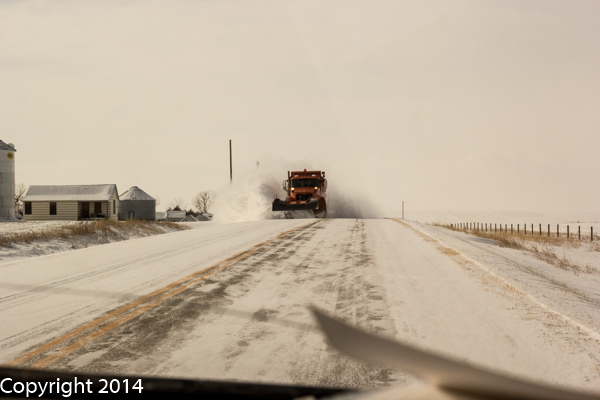 As we traveled along these rural roads traffic was not a problem.  The most commonly seen vehicles were the snow plows, which were out in force to tackle the constant drifting snow – did I mention in a previous post that it was windy?  Well, it was. 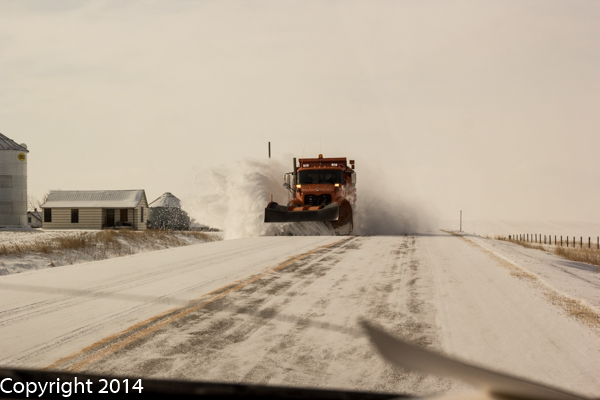 While we appreciated the plowing, it was also frightening because those guys were “haulin'” and they left a cloud of snow/dirt/whatever that was hard to see through when they passed. 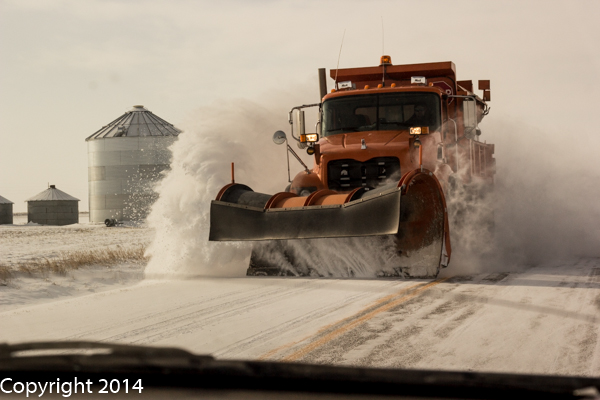 It was almost funny.  But we did appreciate the roads being cleared of drifts. 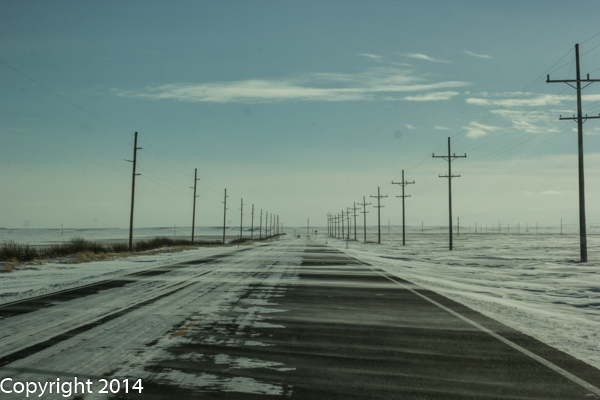 All that haze in the photo below?  Blowing snow.  It made the landscape look like something from one of the early Star Wars movies – cold, windy and stark, with odd buildings sticking up from the ground from time to time. 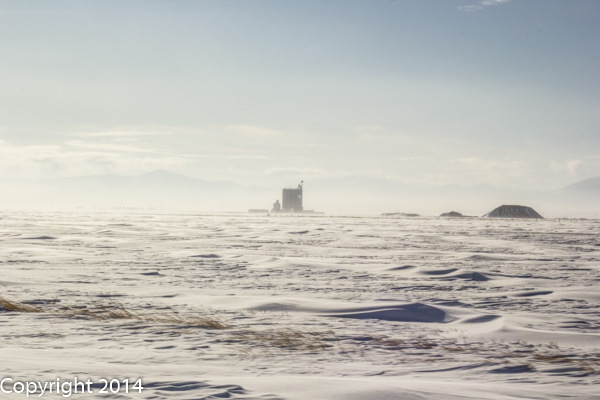 Amazingly, all these counties have pretty interesting court houses – as opposed to the one in Gallatin County, one of the most populated counties in the state, and our functioning court-house is in an old 1960’s style school building – ugly.  But these little towns of less than 3000 people have stately looking court buildings.  So ironic! 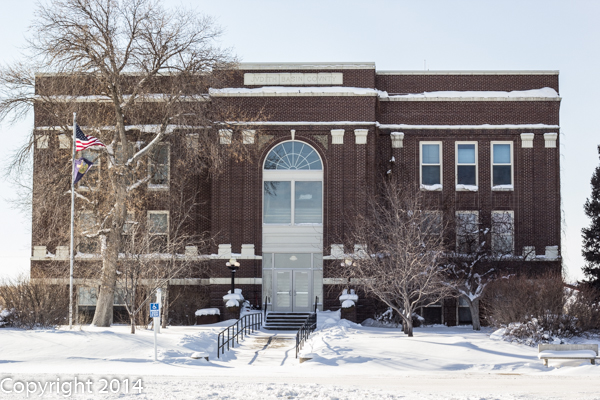 This particular court-house is in Stanford Montana, population  769, the proud county seat for Judith Basin County. 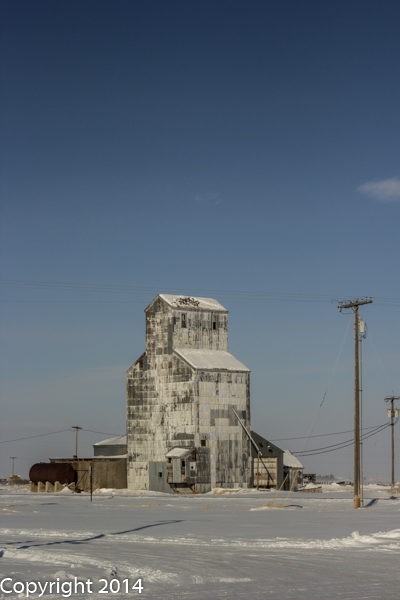 This building is also in Stanford, next to two other similar buildings.  Small town with lots of grain is all I can figure. 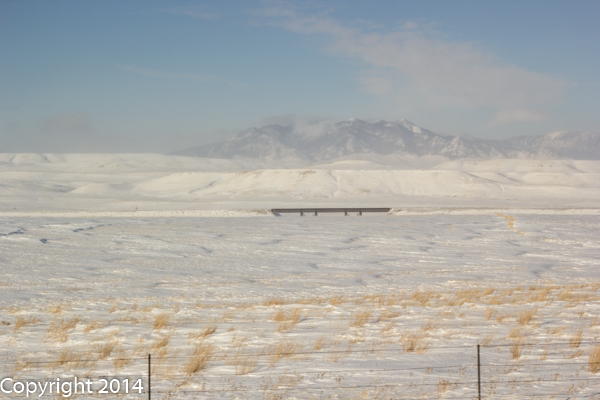 All these little towns were built along the railroad.  IN reading the history of some of them, the town was built where the railroad was supposed to come, but when the railroad changed the route the folks just picked up and moved the town site because it was no good not being where there was railroad.  That was a lot of power and influence in those private companies – which sort of explains a lot of the stories of corruption that you hear from days gone by. 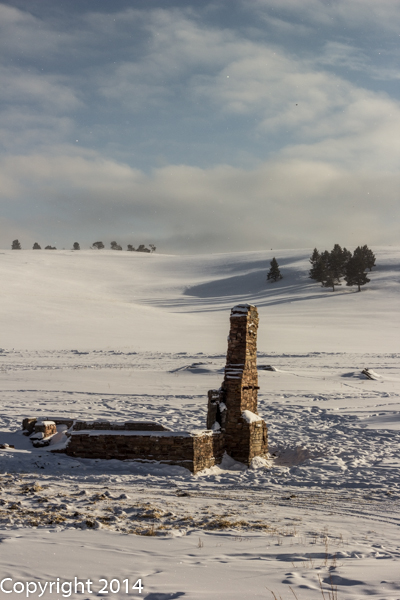 Somebody used to live here, but not any more. 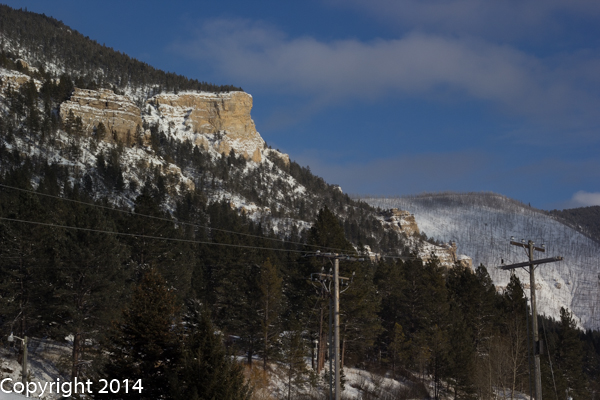 We ended our second day of driving by going through the Little Belt Mountains – quite a change in topography!  Andy had always heard the skiing was good at Showdown, even though it is just a little resort.  From what we got to see in the late afternoon, it would make for some great skiing, and they had plenty of snow! 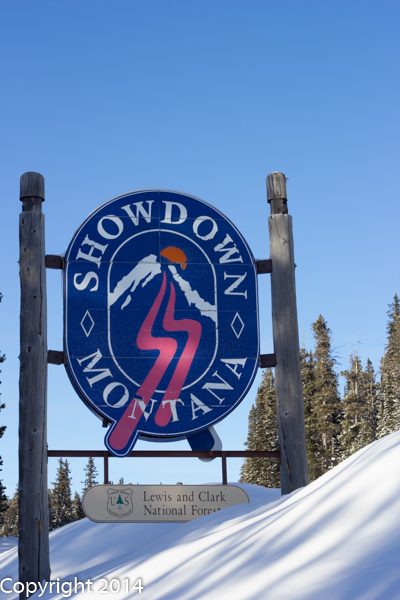 After stopping at Showdown we headed down the mountain and into White Sulphur Springs where we had the worst hotel and the worst service at a restaurant, followed by the worst breakfast out we could ever imagine.  Nothing against White Sulphur Springs or anything, it was just not great accommodations we found.  We will go back, but we won’t stay in the same place and we’ll eat elsewhere as well – an hour and a half wait for a hamburger wasn’t the romantic dinner out we had in mind. 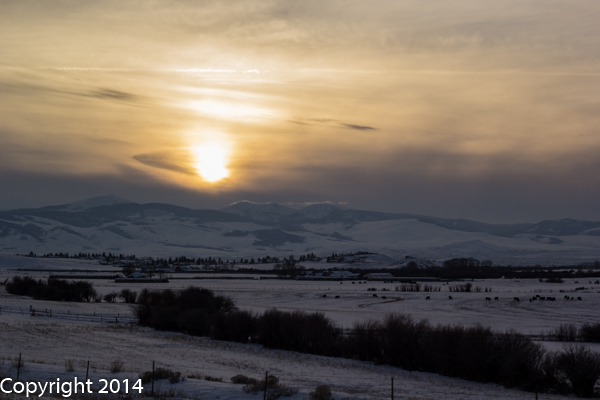 One thought on “MORE FROM THE ROAD TRIP – super image heavy”