I don’t have five photos to post today – just two – because I’m posting from the lap-top from home because this is Friday of Spring Break.  So, the photos are just a couple of odd ones I had not posted, but have been on my hard drive for a while.  But I will give you five little subjects to consider – none of them too important, but here they are.

I’ve barely been at work this week, and been out and about with J.  We’ve had a full week with eye appointments, get together with friends, a sleep over for him, Leo’s health crisis (up-date below), and a couple of opportunities to have friends over (he’s got a school buddy here now, shooting arrows out in the back).  Anyway, it has been a good relaxing week, and we still have today and the weekend before we go back to the grind of the regular school/work routine. 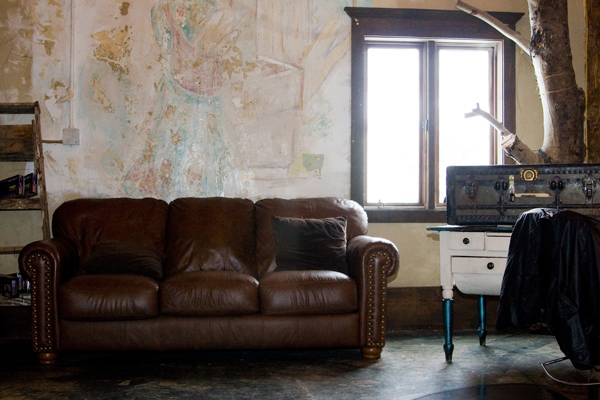 Don’t you love the look/feel of this room?  It is the place where I get my hair done – Capelli’s Salon in Bozeman Montana.  It has unique decor of any salon I’ve ever been to.  I could easily spend hours there with my camera taking photos of all the details.  There are vintage clothes for sale, funky murals on some of the walls, tree trunks, old furniture, sparkly bobbles, you name it, the place is full of so many pieces of eye candy.

Not that I’ve been there to get my hair done in quite a while – Andy wants me to grow it out, so that is what I’m doing.  Haven’t had a cut since last April – I’ll try to get a shaping trim this April and get on that once a year schedule.  He wants me to have hair “down to your bottom” again.  I keep trying to warn him it is going to be pretty darn grey, but he doesn’t seem to mind.  We’ll see how long we can stand it.

We’re pretty excited about the new pope here.  At least Andy and I are, J probably could care less.  For those who don’t know, Andy is Catholic, I’m protestant, we all attend a protestant church together, and Andy hits mass during the week when he can.  So, who the pope is does make a difference, and can be the subject of many great discussions.

Andy wanted a “black or brown” pope, meaning South American or African.  He really felt the church needed that to be in touch with its members.  So he got his wish on that.

Then, to have it be a Jesuit?  Wow, not in his wildest dreams.  Since we both went to a Jesuit law school, we have a certain connection there.  And if you know the history of the Jesuits, you know that way back when they were all excommunicated as heretics.  Obviously that had been rectified, but there has never been a Jesuit pope before, and for the most part nobody thought there ever would be.  It is kind of cool.  Although I know Pope Francis is very conservative on social/moral issues, that doesn’t rub me wrong at all.  And he is so humble – both prior to his election from what I hear, and since his elections.  God bless him in his leadership!  Certainly there are a lot of controversial subjects to deal with, and I’m sure no matter what he does some will find reason to criticize, but so far we have a favorable impression of him. 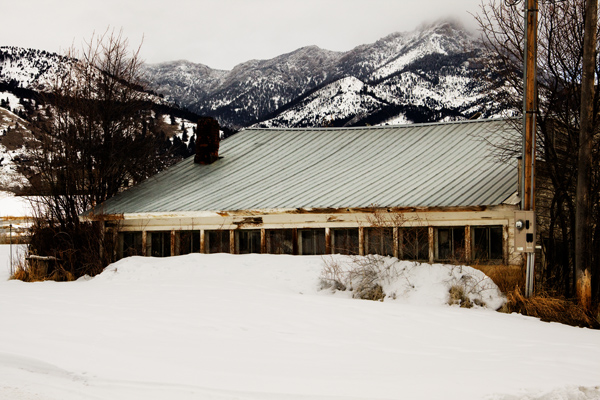 It is time for spring.  We have lost all the snow in our yard (well, substantially all of it).  It is staying lighter, and the weather has been warmer – we actually made it up to the 50’s two days this week, including today!  I’m ready!  This morning when I went out to the yard for something I thought to myself:  “It’s the 15th of March, time to start listening for the Sandhill Cranes.  They should be here in the next two weeks! “

On that vein, I think I’m going to challenge myself to use my camera to find signs of spring for the next two weeks.  I’ve seen them on the blogs of others, and it is time I turn my attention to this wonderful transition.  I might even find a green sprout or two in my own back yard – although they are bound to be covered by a spring snow from time to time.

I’ve been slipping in some exploration of photography sites the last few evening, and I thought I’d share three links that I really like – I’ll share more later.

1.  Take a peek at Camille Seaman’s work – stunning of ice bergs.  And an interview I saw with her was so fascinating – she has a humble but beautiful way of communicating!

2.  For portraits I found Bambi Cantrell from the Bay Area, and she really impressed me.  Also liked the interviews with her that I saw.  Plus, her website has great music!

3.  And from Missoula, I’ve looked at Dax Photography, and liked what I saw.  I think when I finish my weight loss journey I might treat myself to a session with him – although I’m still looking at other photographers.  He’s pretty darn young for as accomplished as he is, but that is part of what is so intriguing about him.