Running is not my thing.  Never has been.  I’ve been known to say “I hate to run.”

Probably has a lot to do with the fact that I’ve been out of shape and overweight much of my life.  And I do not like pain.  And I had knee surgery when I was a teen – running is hard on the knees you know.  And I am not good at it – I don’t like to do things I’m not good at.

Besides, I do not like to run.  I like other forms of exercise, so why would I ever run?

Leaving me with the question:  Why did I start running in January?

Actually, I started before that, but I knew the reason then:  I wanted to do a triathlon because lots of people I knew (including my husband) were doing that.  I read “Slow Fat Tri-athlete” and it seemed possible even though I did not (and still do not) look like a tri-athlete.  So last summer I begrudgingly started trying to run.

I was very poor at it.  Really.  I could not run even a third of a mile around our front field without having to walk for awhile.  But I was working my way up – actually got to the point where I could do one lap without stopping.  I came to accepting that for a triathlon I had to make the sacrifice and do some running.

I noticed a bit of progress and then . . . fell off my bike and broke my shoulder.

So much for a triathlon that summer.  Can’t bike, can’t swim, can’t run with a broken shoulder.  Thus, cannot do a triathlon.

And with that, my running aspirations died.  Really, without any regret on my part.  I still hated to run.

Somehow, on a weekend in mid-January, when it was only about three degrees (F) out, I decided to try running.

Yeah!  Three degrees Fahrenheit.   I do not know why I did not get this bright idea on a warmer day.  Logical living has never been my strong suit.

I put on my walking shoes (I didn’t own running shoes since I hate to run), layers and layers of warm wear, got out on a public street and alternated between jogging and walking for three miles.  It was hard, but I determined I would do it every Saturday and Sunday.  The cold had damaged my thinking abilities!

Honestly, I cannot explain this turn of events.  But there it was.  My fist gripped tightly self- will was determined I would do this.

Now, add in my journey into gratitude with One Thousand Gifts.  I had just started a list, working my way to 1000 and beyond.

I think that book came into my life within two weekends of embarking on the jog-walk venture.  I didn’t really see a connection between these developments at the time.  Perhaps I’m not very observant.

Four weeks after I started running, and two weeks into One Thousand Gifts I felt called to run the entire three miles – no walking!

It had to come sometime, and that was when I felt compelled to make it happen.

By the way, it was three degrees (F) again that day.  I know . . . I need to be careful on those cold days because clearly my brain is impaired by the low temps.

By that time I was running most of the way, with only three or four short spurts of walking (walking less than 50 yards before starting to run again).  So it was logical for the next step to be just run the whole way.  I doubted my ability to do this.  Really doubted!

Still, I set out to take on this monumental accomplishment of running three miles.  I found myself looking around for things to be grateful for because I knew it was going to be a very long 45 minutes (yes, I run very slowly) of focusing on discomfort if I did not distract myself.  Plus, being the competitive woman that I am, I was determined to increase my list of gifts as quickly as possible – I wanted to get into triple digits soon.

I happen to live in an incredibly beautiful neighborhood with many gifts from God in the form of wildlife, views, lighting – you get the picture.

Thankfulness became an ongoing conversation between me and God – Him showing me the beauty all around me, me thanking Him, Him showing me more.  Me asking for perseverance, Him providing it.  Me realizing how much I underestimated my abilities; Him encouraging me to keep going by showing me more and more gifts.

After two miles I questioned my ability to keep going the entire 3 miles, but I felt my ego was going to demand it of me, even if it was harmful to my body.  I so wanted to get home and announce to my expert-runner-of-a-husband that I had done this.  I also didn’t want to crawl into the house defeated by injury because I pushed too hard.

I vacillated between praying for the strength to make it the entire three miles or the wisdom to stop before I hurt myself.

I prayed for both because I really was unsure which was the right thing to do.

God answered my prayers – I ran the entire three miles.

Amazingly, the earth did not shake, and I did not fall down dead from this accomplishment.  And I remained uninjured. 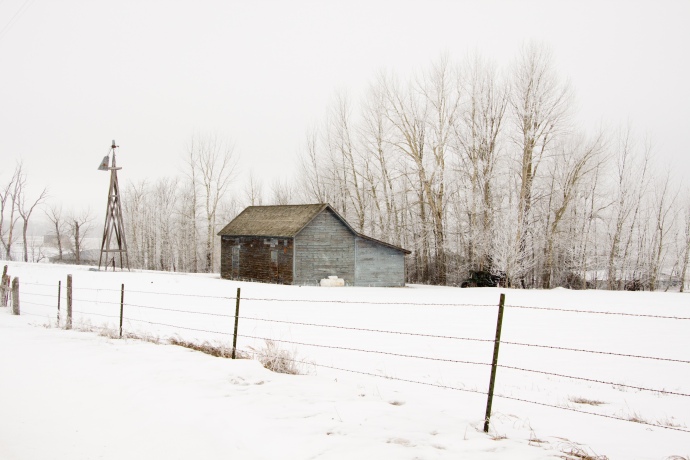 The first thing I did when I got into the house was write in my gratitude journal “perseverance from God to run three miles” because I know the reality – I cannot run three miles on my own.  I could only do it with God there each and every slow step of the way.

It was proof of what Ann Voskamp says in the book – Eucharisteo always precedes the miracle.  I was thankful for the gifts all around me(eucharisteo) and I received the miracle of running three miles.

Now I find myself conversing  with God in all that I do.

I still might hate to run – not really sure of that at this point.

But I love to run with God.

6 thoughts on “RUNNING WITH GOD”